“That Pot is Worth a Nice House”, A Tale of Two Flush Draws at the WSOP Main Event 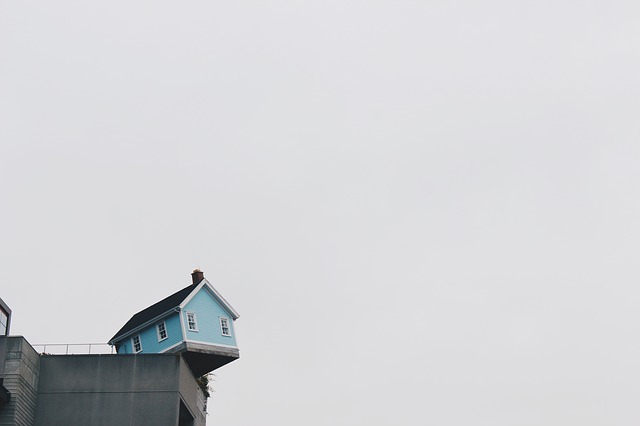 This is going to be the most surreal blog post I’ve ever written (even more than the one about the guy who stuck his finger in my mouth). The two biggest pots of my life both involved getting it in with a flush draw deep into the WSOP main event. Bizarrely, both involved the same player (Jaime Kaplan).

These pots were for A LOT of money. Obviously in a tournament it’s not realized money and I’m not going to do all the ICM calculations to tell you exactly how much those chips were worth but you can ballpark it loosely. At the start of the tournament 50,000 chips is worth $10k in real money. These two pots were for 4 million chips and 6.5 million chips respectively.

The first was at the featured table on day 5. Despite being a monster pot I don’t think they caught this one on TV but it’s summarized nicely here

I understand why Jamie was suspicious but I still don’t see how he can call preflop. Given the action my raise looked alot like a squeeze and it was entirely plausible I didn’t have a premium hand. That said he has Ten high, calling is still really going out on a limb because we’re going to see the flop with me having less than a pot size bet remaining. Him having to guess whether he should call that pot size bet is not going to be easy. Say the flop comes K 9 4, I’m going to go allin, is he going to call off more than a million chips with 2nd pair no kicker? He’s going to have to make the read of a lifetime on a lot of flops. We’re just not deep enough for him to outplay me in position so I don’t really get it.

As it turns out the flop creates a no brainier jam for me (nut flush draw) and a no brainier call for him (open ended straight draw). Turn and river missed and I picked up the 4 million chip pot… with Ace high. Holy! Fucking! Shit! 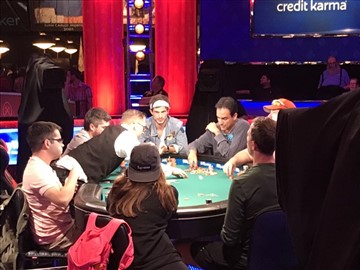 Fast forward to day 6. A player busts and who should fill that seat but Jaime Kaplan. I guess it was fate that he would be involved again in this hand

I think I make the standard play here. The original raiser is short stacked and when he continues small on the flop and Jaime calls I think I have an easy raise. It is entirely plausible I can get them both to fold. The original raiser has all the premiums in his range but he also has hands like AK/AQ and TT which will fold. Jaime looks like he has Jx. I mean he called out of the small blind, realistically he has so few 5x combinations here. The hand I really fear is Ax / Kx of clubs but Jaime would absolutely raise that on the flop. He also doesn’t have JJ in his range so I am certainly very live and I have fold equity also so I just have to raise.

The short stack jams and I’m getting ready to call when I’m shocked to see Jaime has gone allin. Obviously now 5x has become much more likely but the pot is laying me a pretty juicy price. The price is close enough even when Jaime has the 5x. Now add in the possibility he has Jx or a lower flush draw and I think it’s a pretty clear call. It is also worth noting that I was at yet another tough table. There is no point in making marginal folds in big pots when there are no soft spots. I’m not expecting anyone to make a big mistake so what am I waiting for? If I want to win the main event, I just have to call here. That was my big chance, unfortunately it didn’t come in.

It didn’t really sink in till later but basically each of those pots would be valued at a really nice house. Still, it’s not hard to find that kind of courage in a tournament because they don’t give you an option to cash out your chips :). The pay jumps for finishing higher are measured in thousands of dollars and the actual value of the pots is measured in hundreds of thousands. When you find yourself in that situation you just end up making the play like you would in a $200 pot. As crazy as it seems, you don’t really have a choice.