Maybe you once experienced a big change in your life that had you stressed out but turned out just fine in the end? Maybe it turned out even better than before. Perhaps a job or career change, or perhaps you had to move to a different school, town, country etc. Maybe you wouldn’t have made that change had circumstances not forced your hand.

Anyone like me who has been making a living playing poker in the US for a long time will usually identify Black Friday as such a point in their poker career. That was the day in 2011 when there was a big crackdown on the big name online poker sites. For the first time something dramatic happened in my poker work life that resembled stuff that used to happen in my old work life. Sudden upheavals were common when I worked in the corporate world. Scrapped projects, new bosses, quitting employees, new assignments, these things happened all the time. Circumstances staying constant from day to day was a luxury that simply didn’t exist in the fast moving tech world. I had left that world far behind and the early years of online poker were a dream come true. My own boss, my own schedule, great money, living a carefree life on the beach. I wasn’t ready when things changed abruptly. It was a forced change and I assumed it was for the worse.

Obligated to embrace live poker more fully I had to put in the hours at the tables the old fashioned way. Playing 30-40 hands an hour instead of several hundred made everything slow down. Now I was paying way more attention to individual decisions instead of the stats in my HUD and Poker Tracker software. I also developed a higher tolerance for pain because in live poker you make individual decisions for way more money (even if the games overall are much softer compared to online). As a result, I nurtured parts of my poker game that I had neglected, skills that would make me a better player overall. Apart from being a happier, more sociable person at the table, I became more in tune with the range of human emotion of my opponents. Those experiences built up over years at the table definitely contributed to some of my successes on a bigger stage. I certainly wouldn’t have been ready for a deep run at the WSOP main event or the surreal experience of playing on ESPN. Years of the live grind had prepared me even though the live grind was never what I set out to do when I first got into poker.

Fast forward a few years and the same pattern repeated in a new way. I found a place I enjoyed playing (Snoqualmie casino), a mid stakes game that I was crushing on a pretty consistent basis. I didn’t feel a strong need to branch out in terms of venue or game type. I was putting the vast majority of my hours in the same games against a lot of the same opponents. Once again, I got complacent doing the same thing over and over. Of course the day came when my preferred room closed. I was forced to roam the various rooms trying to figure things out, something I should have been doing already. But being forced to broaden my horizons again proved to have positive side effects. I was no expert Pot Limit Omaha player, but what I saw in the new games around me made it clear that I had to become one. My recent foray into PLO and working on my game for several months is paying significant dividends and I expect PLO to become a major component of my income over the next few years.

So what’s my point? The more obvious point is that often life takes a turn and leads you down an unexpected path. Rather than be negative and resist it, you should embrace it for its possibilities. But isn’t there a more significant point here? If these accidental forced changes can lead to lots of good things, wouldn’t it be a much better idea if we were proactively seeking out new horizons rather than waiting until they are forced upon us? 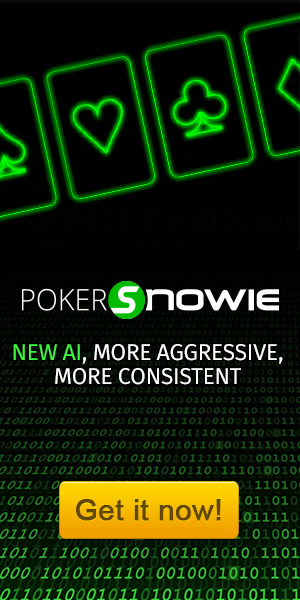